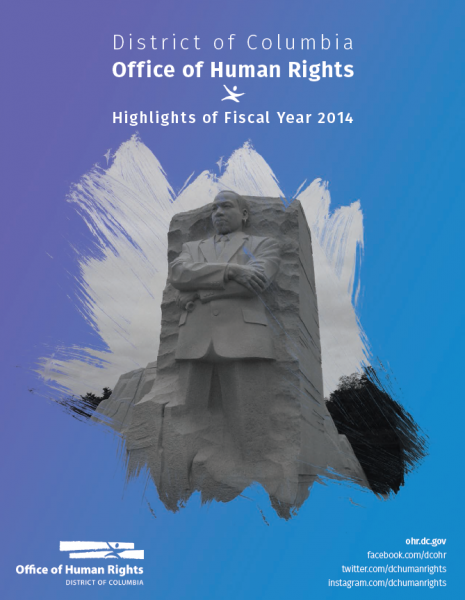 "Increased efficiency in investigations, and an unprecedented number of campaigns educating the public about their civil rights, made fiscal year 2014 one of the most productive in the history of the office."
- Director Mónica Palacio

We are proud to share these numbers - and our Highlights of Fiscal Year 2014 report - with you. We appreciate your support of our work, and will continue to fight to end discrimination in the District.