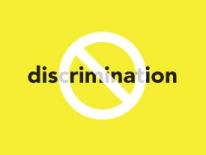 OHR is at the forefront of eliminating discrimination in the District.  OHR’s docket is in excess of 400 cases annually. OHR is charged with enforcing the DC Human Rights Act and other local and federal civil rights laws. Recently OHR embarked on a pilot initiative to use a powerful tool that District law makes available to the Director of OHR to investigate a situation in the city that may have risen to the level of discriminatory practices or policies. The purpose of this initiative is very simple: to transform OHR to be a proactive civil rights enforcement arm of District government.

OHR, via the Director’s Inquiries, has been alerted to cutting edge legal and social issues such as rights of same sex couples, Transgender rights and policies that impact immigrant populations. Recent areas of inquiry have included:

People that suspect discrimination anywhere in the District, against themselves, a friend, a relative or anyone, can report it by going to the Report Discrimination form and entering brief information that our Office will then follow up on.