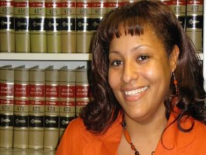 Chief Judge Pierson is a graduate of Grinnell College and Northern Illinois University College of Law. Judge Pierson began her career with the Cook County State’s Attorney’s Office in Chicago, Illinois where she represented the County in criminal appeals and prosecuted child abuse and neglect.  She relocated to Washington, D.C. in 1995 and spent 8 years prosecuting Child Abuse & Neglect at the D.C. Office of the Attorney General, and was Chief of the Child Abuse & Neglect Section.  She then served three years as the General Counsel for D.C. Public Schools and the Board of Education.  Prior to joining the Commission, Judge Pierson spent 13 years as an Administrative Law Judge with the D.C. Office of Administrative Hearings where she was the Principal Judge for Rental Housing, D.C. Public Schools, and Office of State Superintendent jurisdictions, as well as adjudicated cases involving unemployment compensation, worker’s compensation, notices of infraction, public benefits, and tax appeals.  Judge Pierson is a certified mediator and proficient in alternative dispute resolution.  Judge Pierson was appointed as the Chief Judge of the Commission on Human Rights in November 2019. 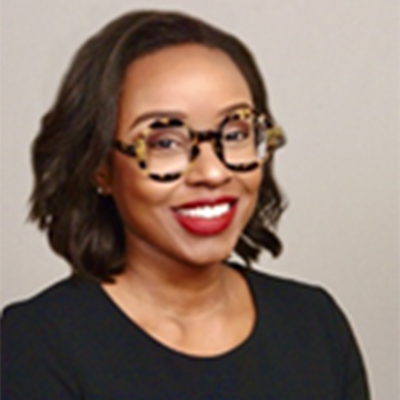 Judge Brandes S.G. Ash is a proud graduate of Howard University School of Law. Judge Ash received her Master of Public Administration degree from George Mason University in 2008 and bachelor’s degree in English from Virginia Commonwealth University in 2006. A noted public servant, Judge Ash has held several leadership positions in local and national professional organizations, including without limitation: Chief of Communications for the National Bar Association; President of the Greater Washington Area Chapter of the National Bar Association’s Women Lawyers Division (GWAC); Chair of GWAC Foundation, Inc.; President of the Washington Bar Association Educational Foundation; Chair of the American Bar Association (ABA) Family Law Section Child Support Committee; Co-Chair of the ABA Family Law Section Diversity Committee; D.C. Bar Family Law Community member (elected term 2014-2017); and Board member of Foundations for Home and Community. Ms. Ash was an inaugural class member of the D.C. Bar John Payton Leadership Academy in 2014. Throughout her career, Judge Ash has received numerous professional accolades. In 2018, 2019, and 2020, Judge. Ash was named a Rising Star in family law by Washington, D.C. Super Lawyers. In 2017, the National Bar Association’s Young Lawyers Division established an award in Judge Ash’s honor, and, since then, recognizes an NBA affiliate chapter President, each year, for his/her/their commitment to leadership and service. Ms. Ash is a recipient of both the National Bar Association’s 40 Under 40 Nation’s Best Advocate Award and GWAC Rising Star Award.

Rose Hayden (she/her) is a recent graduate of Georgetown University Law Center. In law school, she interned with Kids in Need of Defense working with unaccompanied migrant children seeking relief in the United States. She also interned at Mobilization for Justice where she helped kinship caregivers (non-biological parent caregivers) seek custody and guardianship orders. Through the Center for Applied Legal Studies, she served as a law student representative for two clients seeking asylum. Her favorite course in law school was Employment Discrimination in which she learned about Title VII, the ADA, ADEA and FMLA. She was the Managing Editor of Volume 29 of the Georgetown Journal on Poverty Law & Policy. She has a B.A. and M.S. in Linguistics from Georgetown University. The focus of her studies was the interaction between speakers of non-standard dialects of English and the legal system. In her free time, she enjoys exploring the local parks, playing the electric bass and spending time with her rambunctious 15-month-old son (Yusuf).