"Just because someone comes from a background with the criminal justice system, it doesn't mean they don't have value"- Otto Girr of Miller & Long Co., Inc 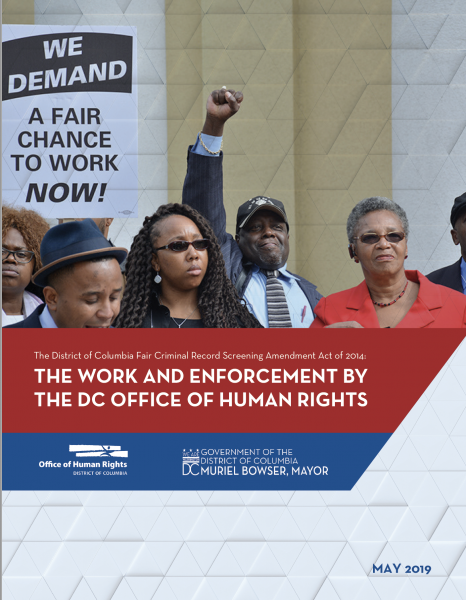 On December 17, 2014, the District's Fair Criminal Record Screening Amendment Act - also known as Ban the Box - was enacted to assist in the successful reintegration of previously incarcerated individuals into the community by removing barriers to gainfurl employment. The District of Columbia Fair Criminal Record Screening Amendment Act of 2014: The Work and Enforcement by the DC Office of Human Rights report is the first report issued by the agency that provides greater insight into the enforcement and impact of Washington, DC's progressive fair chance law. The report highlights the work OHR has done since the law was enacted, number of complaints filed and the profound impact on the District's returning citizens. Highlights include:

We are proud to showcase these highlights and stories and appreciate all who continue to strive to help their peers and community members in the District to suceed in obtaining a fair shot at employment despite their past. Thank for your support of our continued work to combat discrimination in the District.