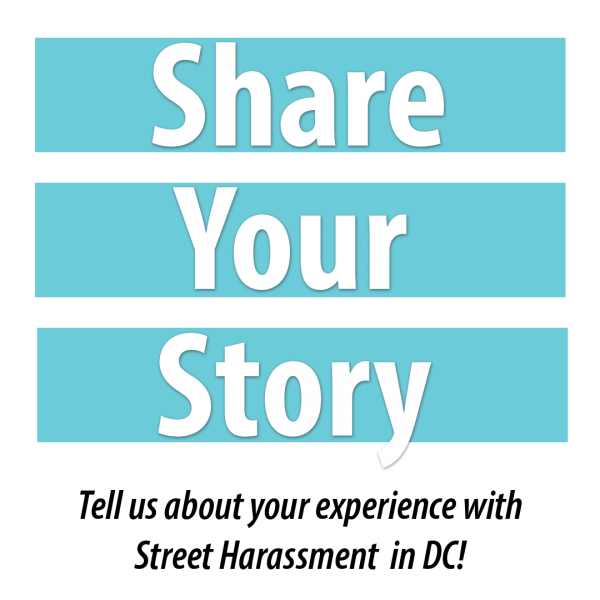 The Street Harassment Prevention Act of 2018 defines street harassment as any disrespectful, offensive or threatening statements, gestures or other conduct directed at an individual in a high-risk area without the individual’s consent and based on the individual’s actual or perceived protected trait identified in the DC Human Rights Act of 1977.The five campaign ads feature identities that are the most common targets for unwanted comments and harassment in public spaces including women, individuals experiencing homelessness and more. The ads will appear citywide on bus shelters, within buses and at bikeshares in September 2019.

Is street harassment considered a crime in DC?

Though incidents of street harassment such as threatening statements or offensive gestures can often incite fear and escalate into violent acts or crime, these activities in themselves may or may not constitute as a criminal act under District law. If you believe you may be a victim of assault, stalking or a bias or hate motivated act in the District, contact the DC Victim Hotline for support at 1-844-4HELPDC (1-844-443-5732). The DC Victims Hotline service provides around-the-clock free, confidential information for victims of ALL crimes in DC. Visit www.dcvictim.org for more information.

How do I report street harassment that does not rise to the level of crime?

Currently there is no central reporting mechanism for street harassment incidents in public spaces in DC. However, for ANY incident of harassment or sexual misconduct on public transit, including WMATA Metro stations, trains and buses, you can report your experience by visiting, wmata.com/harassment.

One of the major goals of this inaugural campaign on street harassment is to gather information from the public in efforts better understand where it most frequently occurs and to identify the best solution for tracking and addressing incidents in real-time. If you or someone you know has experienced non-violent street harassment in a rideshare, at a bar or even while at the bank, we want to hear from you.

Share your story and help us to end street harassment in the District!

To learn more about street harassment and victim support services locally and nationally, below are some advocacy organizations and resources. The Office of Human Rights does not endorse the organizations or speech provided in the resource links below.

DC Victims Hotline (for victims of all crime in DC)

RAINN (for survivors of rape, abuse or incest)

The Trevor Project (for victims of LGBTQ hate or bias)

1in6 (for male survivors of sexual violence)