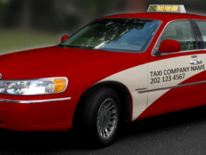 Taxicabs and vehicles-for-hire (ie, companies that allow you to order rides by smartphone or other means) are an essential part of the transportation system in the District of Columbia. Although most drivers have a desire to serve all passengers regardless of their personal characteristics, often times people of color, people with disabilities, and those who live in certain parts of the District are denied equal access to services. But denying such service solely because of an individual's race, national origin, disability, age, sexual orientation, gender identity or other protected characteristics is illegal, and should be reported to the DC Office of Human Rights when it occurs.

Examples of discrimination include refusal of service to:

There are two types of complaints that can be filed: one for traditional taxicabs, and the other for vehicles-for-hire.

Filing a Complaint Against a Traditional Taxicab

If you believe you were discriminated against by a traditional taxi driver or company while in the District of Columbia, you can file a complaint with both the Department of For-Hire Vehicles (DFHV) and the DC Office of Human Rights by completing the DFHV Discrimination Complaint form. We will contact you within two to four weeks to setup a time to interview you.

Filing a Complaint Against a Vehicle-For-Hire

If you believe you were discriminated against by a vehicle-for-hire driver or company in the District that is not a traditional taxi, you can file a public accommodations complaint. Learn more about our complaint process.

When submitting a complaint of discrimination, try to capture as much of the following as possible to assist with our investigation:

If you are filing a complaint against a traditional taxicab driver, the following additional information is helpful evidence:

For questions about submitting a complaint based on an alleged discriminatory incident with a taxicab or vehicle-for-hire, contact us at (202) 727-4559.