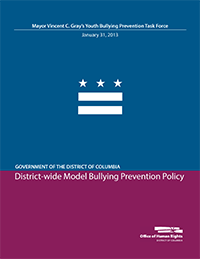 The Task Force is made up of District government agencies, teachers, school administrators, parents, mental health professionals, direct service providers, advocates, community members and youth. It continues to meet as it begins the implementation phase of the policy.

The Task Force members are: